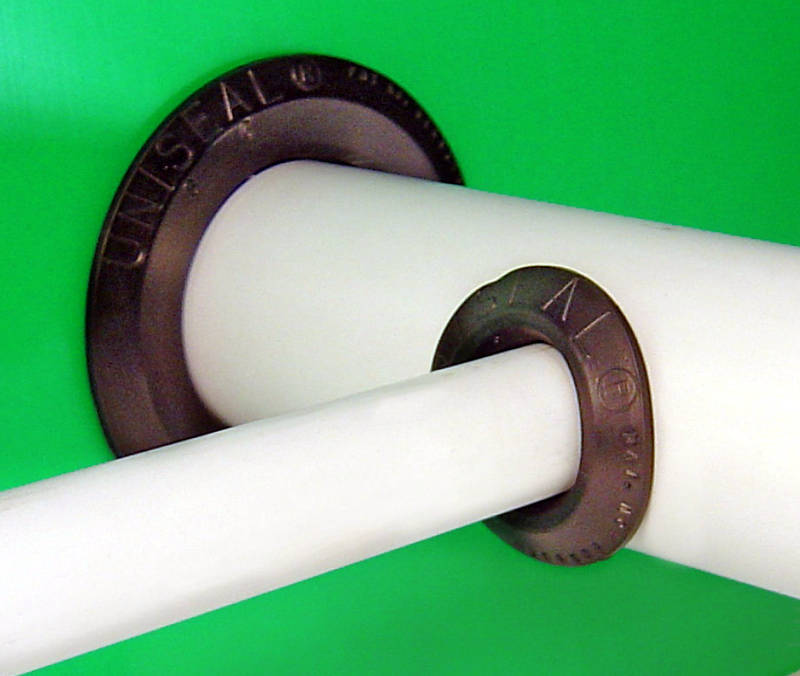 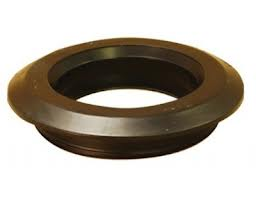 Uniseal® products replace traditional plumbing hardware with a single injection molded unit requiring no component parts. It was designed to solve many of the issues of pipe to tank connections. For many industries pipe to tank seals are traditionally among the most complex connections to manufacture. Traditional seals require multiple parts such as, rigid flanges, bolts, washers, o-rings, along with long assembly times and high production costs. 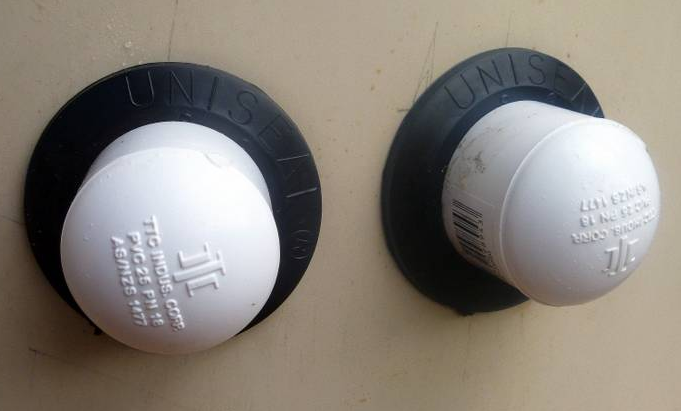 “Alcryn”® melt processible rubber is used to make Uniseal® products because it creates a tighter seal, can be processed faster, and is compatible with both water and oil based materials. It also has a coefficient of friction roughly three times greater than competing materials, which creates a better seal overall.

The greatest asset to Uniseal® products is that they are a quicker and easier installation process. A hole is cut in the side of the tank, and then the rubbery black Uniseal® is inserted. Next, a slippery detergent film (i.e. dish soap) is applied to the exterior of the pipe. The pipe is then pushed through the seal completing the installation. When the pipe is pushed through the rubber-like Uniseal® from the outside, the Uniseal® becomes thin enough to allow the pipe to slip through. With this simple design the Uniseal® solves many complex problems.

The ability of the Uniseal® to be used on flat or curved surfaces has allowed for its use in many industries including: wastewater management, irrigation, agricultural, electrical, rainwater recycling, hydroponics, and many more. 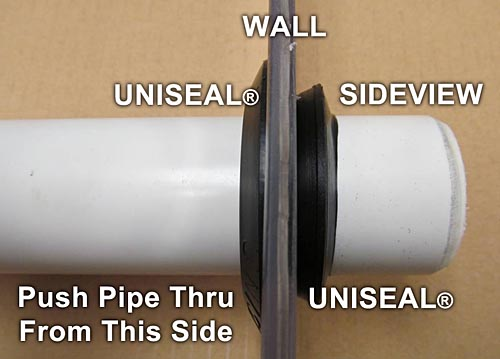 Listed below are the standard stock sizes.
If you require another other size or have a special application for the UNISEAL®, please contact us and we will endeavour to solve your sealing problem.

1. Cut hole to the Holesaw size indicated for the UNISEAL® you are using.
Example 3″ UNISEAL® = 4″ Hole (Holesaw)

2. Ensure the hole is clean cut with sharp edges. Irregularities could cause poor seating and ultimate leakage.

3. Insert UNISEAL® into hole with the wideside facing the pipe to be inserted.

4. Make certain that the pipe end to be inserted is clean cut. File the edges so that there are no sharp points to cut the UNISEAL®

To Purchase your UNISEAL® online click on the below button, this will take you to our e-commerce web site marineandmore.co.nz.